The focus is on the use and impact of Kratom now that it has been legalized in Thailand. Thailand has become the first country to fully legalize Kratom use. It means Kratom can now be used for medicinal as well as recreational purposes in Thailand. The plant can be grown for personal and commercial purposes, imported and exported. Of course, there are rules to regulate the use of Kratom. For instance, Kratom cannot be mixed with syrup or used with other psychotic substances like weed.

Kratom (Mitragyna speciose) is a plant, indigenous to Southeast Asia. It is widely found in countries like Thailand, Indonesia, Malaysia Myanmar, and Papua New Guinea. The legal status of Kratom is changing in the Southeast Asia region with Thailand decriminalizing its use and Indonesia set to make it illegal by 2022. FDA is looking for a global ban on Kratom. Despite the restrictions and legal status, Kratom remains a popular substance. You can buy kratom extract online along with powder and liquid form.

Understanding the use of kratom, especially in the Southeast Asia region, will help understand its benefits.

Check our Products on Sale! 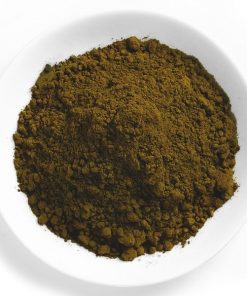 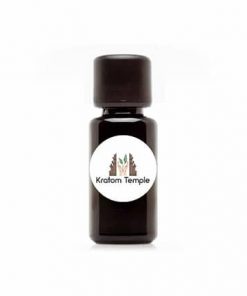 Importance of Kratom in Southeast Asia

Since its native to Southeast Asia, kratom has been used in one or the other way in these countries. The plant belongs to Rubiaceae or coffee family and it’s often considered a tropical medicinal plant. It goes by many names, such as Kratom or tom/thom in Thailand, ketum, bia and biak in Malaysia

The Kratom plant has nearly 25 alkaloids of which mitragynine and 7‐hydroxy mitragynine are the most well-known compound. These two alkaloids are known to create effects similar to morphine and opioid.

Plants have been used for medicinal purposes since ancient times. So, it’s not a surprise that Kratom has been used for its medical value in Southeast Asia. It has also been used for making recreational drinks largely for relaxing and socializing purposes. Many user’s reports suggest that the Kratom leaves were used for pain relief, and fatigue reduction.

Kratom Use By The Natives

The traditional use of Kratom cannot be ignored even if it’s banned in many countries. Until now, Kratom was illegal in Thailand. Traditionally, Kratom was used by people of Thailand and other countries too for a wide range of purposes. You will often read about how Kratom is helpful in perseverance, have uplifting effects and even having energizing effects. You will find that Kratom was indeed used traditionally for such purposes.

Anecdotal evidence has shown that kratom may help with some ailments. The uplifting effects may improve productivity and energy. Since Kratom is part of the coffee plant family, it is not surprising that it was used for such purposes. Coffee is used widely to stay alert and awake for work.

Kratom is a restricted substance in the USA and is FDA does not approve its consumption, although it is still legal in some states. Of course, no scientific evidence is present to establish any claims made about Kratom, but there is much anecdotal evidence found online that users report more relaxation, energizing, and uplifting effects. At the same time, a huge number of anecdotal claims cannot be disregarded either.

In Southeast Asia, Kratom is mostly used as raw leaves. The leaves are directly used by the users. Whether it’s chewed or boiled to make tea, usually fresh leaves are used. In the West, kratom powder, capsules, and Kratom extract like liquid Kratom are available to buy online. Since the plant is not grown in North America, the leaves are dried, made into powder, and packaged to be sold in the U.S. You can buy kratom extract, powder, or capsule online.

Kratom extract is highly potent and more powerful than powder or capsule. It has a higher percentage of the two main alkaloids in it. You can make your own Kratom extract using the powder by following the extraction process. But the time and effort needed to make potent kratom extract are huge. This is why many prefer to buy it online.

Kratom has always been used in the Southeast Asia regions where it is found. Traditionally and historically, Kratom has been used by people in countries like Thailand and Indonesia. Despite FDA’s planned global ban on Kratom, its use and importance in Southeast Asia cannot be ignored. Likewise, the anecdotal evidence of Kratom’s use cannot be ignored completely. More controlled and extensive research is needed before a complete ban is allowed. The recent legalization of kratom in Thailand may help change the perspective.

Kratom Temple brings you the best selection of kratom products online. You can buy kratom extract online. We also have kratom powder and capsules. Our products are 100% organic and sourced from reliable suppliers. Order now and get your kratom safely delivered to your doorstep.

For more information, you can write to us [email protected]