In the past few years, the demand for kratom and kratom products has surely spiked up. However, most kratom users tend to get confused with Kanna. The confusion is obvious as they are both known to provide similar benefits and effects. If you are someone who plans to buy liquid Kratom soon but doesn’t know whether Kanna would be a better fit, read on, and we will help you decide.

Kratom or Kanna: What to Pick for Yourself?

Kanna is essentially an herb that is derived from the succulents originally cultivated in South Africa. On the other hand, Kratom is generally acquired from the tropical Southeast Asian areas. It is a tropical and evergreen tree that is known for carrying Mitragyna Speciosa. This ingredient is known to boost your energy and mood, which is similar to what Kanna provides you.

However, these two herbs can be quite different when talking about their origins, alkaloids, etc. So, before you buy liquid Kratom online, here is a quick rundown of the differences between the two.

Kanna: What Exactly Is It?

For the ones that excel in the well-settled kratom community, understanding Kanna could be a bit confusing. Kanna is actually a dried-up matter present in a succulent type of plant, which is popular by the name Sceletium tortuosum. This plant is generally found in the South African Cape regions.

When translated, Kanna means something that one can chew on. For 100s of centuries, tribes’ people and hunters, and gatherers have been chewing on the Kanna herb to get access to its feel-good purposes. However, some aren’t aware of the negative effects that come from overdosing. Some known side effects of Kanna include hallucinations & delirium, including several other aspects.

However, Kanna is widely used in South Africa & regions beyond. 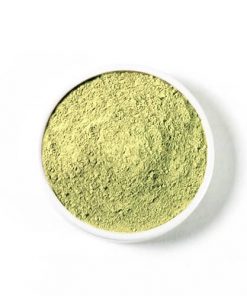 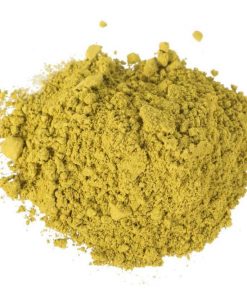 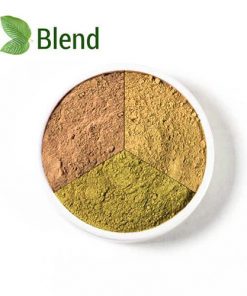 How does Kanna affect you?

Kanna brings in these effects commonly felt by the users, such as:

Kratom: What Exactly Is It?

We all know how amazing Kratom is & the benefits brought along by it. In case you are new to this world, make sure you start out by buying liquid Kratom online. Kratom, popular for its mitragyna speciosa content, is a tropical and evergreen tree that dominates the Southeast Asian region. This plant is fairly similar to Kanna in terms of beneficial effects.

Although it brings in medicinal benefits along with several other positive aspects, it doesn’t claim to cure any disease. However, it surely enjoys more popularity as compared to Kanna and for obvious reasons.

How does Kratom affect you?

When you buy liquid Kratom, keep in mind that the beneficial effects would vary depending on the strain you have ingested. It could be energizing or sedation or maybe something in between. Let us check out some common effects of Kratom:

Kanna and Kratom pack in certain similarities as well as differences that you must know before purchasing liquid Kratom online. Let us check them out!

On the other hand, Kanna has ingredients that attach themselves to the CB1 receptors that are your body’s endocannabinoid system. Due to this, the users generally report a feeling of euphoric high & even compare it to psychedelics. Most kratom users do not like Kanna, given the fact that the latter doesn’t sit well in terms of effects.

Kratom has prime alkaloids that include 7-hydroxy mitragynine and mitragynine. Unlike Kanna, the alkaloids present in Kratom tend to attach with the mu-opioid receptors. Most people that consume Kratom see an effect similar to that of drugs or opioids but don’t bring in the negative aspects.

Even though Kratom isn’t an opioid, it tends to act in a similar way.

Similar to Kratom, Kanna is available in varying forms that include:

Kratom is available in the following forms, and you can opt to buy liquid Kratom online such as:

Kratom and Kanna both taste very different from one another. Kanna tastes more on the unpleasant/bitter end, similar to that of green tea. On the other hand, Kratom is popular for its exceptionally bitter taste. Among these two, Kanna can be termed easy on the palate. However, most users like the bitter kratom taste.

Not just that, most places tend to offer kratom capsules that take off the need to endure the bitter kratom taste completely.

When you buy liquid Kratom, the choice could be very confusing. Kratom is a purely amazing option for someone who wants to feel good every now and then. As compared to Kanna, Kratom is perfect for the ones that need mental focus & energy while being completely relaxed.

Whether you need the Red Maeng Da or the Yellow Maeng Da, Kratom Temple is somewhere you can find it all. We have an exceptionally perfect collection of kratom capsules, powder, extracts, and more. So, make sure you check out our collection and get only the best for yourself. To know more about our products, write to us at [email protected].